I have been lazy of late, dear readers, for no particular reason, and I know that it’s high time I got back on the blogging horse. I’m working on a more dignified piece right now, but in the meantime, just to sate your appetite for my literary pearls, I’ve decided to present to you the official minutes of the Tibby Club of America. And I will reward you with more substantive content in the days to come.

The Bocciardi kids founded two groundbreaking organizations in the 1960s. One of those – The Fishing Club – has already been covered here on Monday Morning Rail. The other was dedicated to my grandmother’s dog. Luckily, in both cases I appointed myself the recorder of the meeting minutes, and the historic proposals and decisions we made as members of these clubs are now saved for posterity.

As a bit of background, my mother’s parents lived in La Crescenta, California, which is in the southern part of the state near Los Angeles. At some point when we were kids, my grandmother acquired a cute little Lhasa Apso puppy whom she named Tibby, presumably because that breed of dog originated in Tibet (and was in fact not introduced to the United States until the 1930s).

Tibby was an adorable but completely spoiled little white bundle of hair. Now that Julie and I have a Lhasa Apso of our own, we’re quite familiar with the breed’s extreme stubbornness, tendency to bark maniacally at perceived dangers (their name in Tibetan means “Bark Lion Sentinel”), mischievous ability to outsmart their owners, and marked distrust of strangers and children, with whom they can be quite snippy.

Luckily, Tibby was a fairly chill little dude. His worst trait came about only because my grandparents fed him “people food,” a practice that was frequently evidenced by Tibby’s walking around with an orange beard after slurping Ragu-drenched spaghetti out of his bowl. (These grandparents weren’t the Italian side, hence the dubious sauce.) However, when the family sat down to dinner, Tibby would expect additional tidbits and would beg and yap ceaselessly in a voice so shrill that it could cause serious tinnitus. He would then be banished to the backyard, where he would continue to yip, all the while pawing and scratching incessantly at the sliding glass door until we went nearly insane.

Otherwise, though, he was very good with children, and he put up with our constant mauling in a manner that was both aloof and patient. We absolutely worshipped him.

When the first meeting of the ambitiously named “Tibby Club of America” was convened at our house in San Jose, I had just turned 12, my brother Marc (obviously the money guy) was 10, and my sister Janine was 7. Occasionally our grandparents drove up to visit from SoCal, bringing Tibby and sometimes the two other people present for the club meetings: our first cousins Carla (12) and Kathy (10), the two daughters of our beloved hippie aunt Jackie who lived just a few blocks from my grandparents.

This is an abridged version of the complete minutes of the Tibby Club. If I were to include the full documents, you’d all be snoring. My comments are bracketed in italics.

The President, Marc Bocciardi, said that the four slips of paper in front of us may be wrote on about a suggestion [sic] after you call time out.

Marc then proceeded to write down the Tibby motto.

Paula voted that we read the suggestions. Marc took them out and the first one was Janine’s. It said, “My thing is this – we should feed Tibby every day except once in a while.” Everyone voted on it.

The next suggestion was Janine’s. It said, “Do the Tibby sulut [sic] every day.” Everyone almost voted it in. Then Janine got a demerit for talking about how Marc once said, “Dear Grammy and Grumpy.”

Next was Paula’s. It said, “We should have an itiation [sic; initiation] for Kathy and other new members.” Everyone voted for it.

Kathy got a demerit of salivaing [drooling on] her knee. Paula said Kathy should say to Grampy, “Grampy, damn it.” The inititon [sic again!; initiation] was decided to be a tickle torture.

Paula said, “Wall – damn it” after Jan fell and Paula made a loud poop [fart].

Next was Kathy’s. It said, “I don’t love Tibby.” Kathy almost got a demerit for it.

Next was Marc’s. It said, “I think we should all five of us (Kathy and Carla, Marc, Jan, and Paula) should contribute 10¢ for Tibby’s birthday present and 10¢ for his Christmas present.” We all voted for it.

Then Janine said, “I think that we should play with Tibby more often.” We all voted for it.

Then I read this, and the meeting was adjourned at 9:04 p.m.

Marc, the President, passed out suggestion slips. Everyone called time out and wrote down their suggestions. We all called time in.

Then we decided to collect the 20¢ for Tibby’s presents. Everyone contributed 20¢ except Kathy and Marc. Marc had done it the previous night.

Then Marc read the first suggestions. It was Paula’s and Marc’s and Kathy’s. They said, “We should give Tibby a final salute and have a salute every meeting and a final playing with.” Everyone voted for the first and third, everyone except Paula for the second.

Next was NOBODY. It said NOTHING. [It appears that I had left blank spaces where someone later filled in the “nobody” and “nothing.” The handwriting was clearly my brother’s.]

Marc suggested we read the suggestions. The first one – Jan read. It was Marc’s. He said that we should have a crown [for Tibby]. Suggestion was overruled.

Then Kathy read Jan’s. It said that we should comb, brush, feed, and give water to Tibby everyday.

Then Marc read Kathy’s. It said that Carla should send up her membership and that we should care for Tibby better. The first part was voted for by everyone.

Paula moved that we should adjourn the meeting and give the Tibby salute. We all voted on it.

The meeting adjourned at 7:55.

Minutes [these are written by my brother]

I had to write the minutes because Paula got mad and threw the orig. ones in the wastebasket.

The meeting came to order at 3:57 p.m. on Thursday, December 21, 1967. Kathy and Carla Gross and Marc, Paula, and Janine Bocciardi were present.

We wrote our suggestions.

The first one read, “Let’s give Carla her Initiation Tickle Torture.” Everyone but Carla voted for it.

The next said, “let’s make a Tibby song.” It was overruled.

The next one said, “we should have interest on dues.” [Guess whose suggestion THAT was?] It was overrruled. The meeting was adjourned at 4:31 p.m.

The meeting came to order at 10:05 a.m. PAT (Paula’s alarm clock time) on Sunday, June 30, 1968. Then Paula read the minutes of the last meeting. After Marc passed out the suggestion slips, we wrote them down and put them in a jacks bag.

The first Marc read’s [sic] was 1st class Jan’s. It said, “We should take turns reading these.” That was voted in. Then Jan read her own, which said that we should sell Tibby badges for 5¢ apiece [and] that she could make some – Marc’s idea. Then she read Marc’s which said the same, but also 5¢ for folders, money to Tibby fund. We voted that in.

Then Paula read Jan’s, which said, “I think every day we should give Tibby rewards because he’s KING. First-class Jan.”

Then Marc read Paula’s, which said not to go too far or Mom or Dad will get mad.

Janine then left to go to the bathroom. 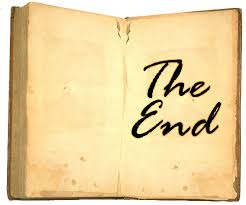 Due to popular demand, I am including, at the end of each blog post, the latest random diary entries that I’ve been posting on Facebook for “Throwback Thursday.” These are all taken absolutely verbatim from the lengthy diaries I kept between 1971 and 1987.

“Mrs. Moore gave me a tutoring assignment today. I was really happy about it until she told me it was in Algebra. Yecch! My worst, most hated, dumbest subject! Yecch! First period P.E. has (glory of all glories) BASKETBALL IN THE GYM. And do you know what I got stuck with? Huh? FENCING!! That’s right! I’m so sore I can’t move.”

“I was very busy today and did not go to church. Dad had a cold, Mom had a stomach pain; yet I could have walked. I should have. Somehow I know that I am a good person, and perhaps those religious standards made me that way. Yet there are all these new voices proclaiming that we do not have to go to Mass. I hate to think that they are right, and that all my Masses and all my Confessions were for nothing!”

“Tonight, I went with Mary Pasek to my first P.A.L. [at the time, sort of like little junior police officers] meeting. We got a thing for our parents to sign saying that if we are killed or seriously injured, the Police Department is not liable. We are binded to risk our lives for policemen. The rigidness of conduct and the very strict inspection scared us into a panic. However, it scared me INTO P.A.L. because I have found that I have a certain desire for very authoritative procedures. We MUST have black shoes and a pen.”

“I watched the Baltimore Bullitts [sic] beat the Atlanta Hawks today, 105-118. Pete Maravich is the only reason I watched. I used to like ‘Pistol Pete’ a couple years ago when he played college ball. I can’t say he’s too much of a shooter, but he sure can handle that ball. I used to think he was cute. YICK!”

11/30/71:
“Boy, did we see a tear-jerking movie tonight. The movie was “Brian’s Song” about Brian Piccolo and Gale Sayers of the Chicago Bears. Brian died of cancer. I cried the last half hour and 15 minutes AFTER that movie!”

“Today I was notified that I am going to be Editor-in-Chief for the next issue of our [school] paper. SWELL. I had to fork out an editorial today. I also got my senior pictures taken. At first I was really scared, but it didn’t take too long, thank goodness. One thing I am afraid of is Driver’s Training. I’m getting it sometime this quarter. Boy, I am so scared. Thank goodness tomorrow is the last day of this week. Yay, Thanksgiving! Food!”

“What did I do today? I went to Church, finished selling my box of candy bars, vacuumed my room (there were 26,962 pieces of confetti on the rug), wrote thank-you notes, got Mom to let me wear pants once a week, made up a schedule for wearing my clothes, and took a BBGO (Big Bath and General Overhaul).”

Paula B I am a long-time San Franciscan with the emotions of an Italian (my father's side) and the organizational prowess of a German (my mother's side). I play drums in an alt/country/rock band, go to all Giants home weekday games, and have a dog named Buster Posey. Every year I take at least one major road trip and one major train trip. Americana is my thing, and I love this country like nobody's business.
Published March 25, 2018March 25, 2018

3 thoughts on “Tibby is king!”

Life In A Word

Moments to brighten forgotten gems of the English language

An Arts-Filled, Tasty And Sometimes-Loopy Jaunt Through Life

Parenting In The Thick Of It

Introducing You to Your Own Inheritance